Festival "Ticket to the Future"

From November 22 to November 24, the career guidance festival “Ticket to the Future” was held in Ryazan. The Avrora Robotics specialists took part in the festival and worked with schoolchildren as part of their case study. Our experts told them about the working principles of the Unior 2.0 robotic car and described the principle of its technical vision. Thanks to the information received, the participants of the event were able to try to independently manage the robotic car.

The festival introduces students of grades 6-11 with popular and promising professions in such areas as «Information technology», «Transport», «Medicine», «New materials», «Agriculture», «Energy», «Urban environment» and » Space». The working sites of the festival were visited by the Governor of the Ryazan Region Nikolay Lyubimov, the Minister of Education and Youth Policy of the Ryazan Region Olga Schetinkina and the Deputy Minister of Education of the Russian Federation Irina Potekhina.

This project was initiated by Russian President Vladimir Putin, and is being implemented for the first time in the Ryazan region. Currently, seven regions of Russia are taking part in the project, and Ryazan is one of the first. The festival was organized by the Ministry of Education of the Russian Federation, the Government of the Ryazan Region, the Union «Agency for the Development of Professional Communities and Workers» Young Professionals (WorldSkills Russia). 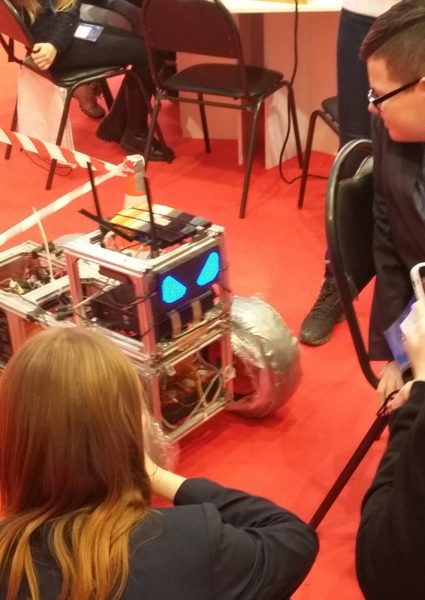